Here in northeast Wisconsin spring often arrives later than much of the country due to the cooling effects of Lake Michigan.  However, with the first warm days, early species peonies begin to make their emergence.  If you are not familiar with species peonies, a whole new world awaits you.

One of the earliest to emerge is P. duarica ssp. mlokosewitschii, also referred to as ‘Molly the Witch’ (due to its rather unpronounceable scientific name).  One of the joys of growing the species is the rather unusual looking emergent growth.  P. duarica ssp. mlokosewitschii, in this case, brings visions of some prehistoric time with its rather primitive looking shoots.  Plants at this stage are extremely cold tolerant and frosts/snow are shrugged off as if nothing has happened. 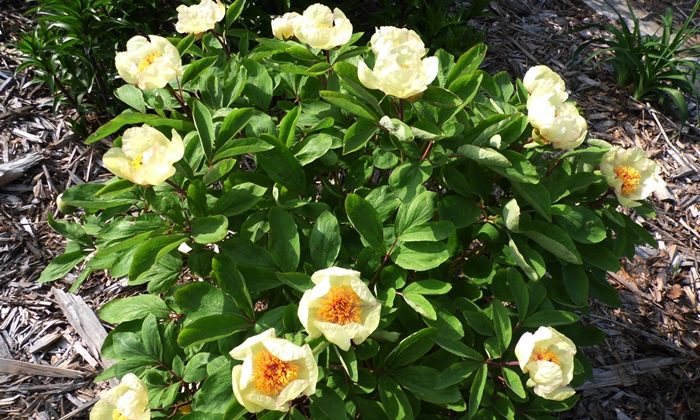 In a few short weeks P. duarica ssp. mlokosewitschii will have stems with luscious rounded leaflets, each adorned with a single yellow, pink, or pink/cream veined flower.  This species is well known for producing yellow blooms, but is actually quite variable in nature.

Plants bloom well ahead of the more common P. lactiflora peony (garden peony) and provide an exciting preview of the peony bloom season to come.

For further information about this species and others please visit the APS’ Species Peonies pages.