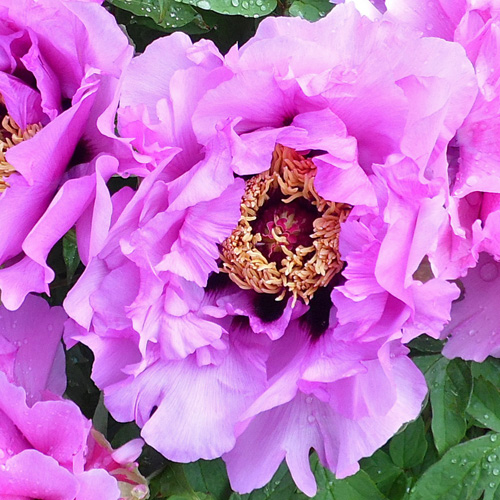 The American Peony Society is pleased to announce ‘Angel Emily’ as the recipient of the 2019 Gold Medal and the 2020 Peony of the Year.  ‘Angel Emily’ is a woody peony (tree peony) originating from a cross of (Rock’s Variety x Shintenchi), that was hybridized/originated by Bill Seidl of Manitowoc, Wisconsin.  Individually the flowers have beautiful color, opening a deep lavender-pink,  later the outer petals fade to a lighter pink.  Nearly black flares accent the flower.  Plants are sturdy and have extremely long lived cold hardy stems that annually bare numerous blooms during the early part of the season.  Well grown plants often produce 20 or more flowers after 3 to 5 years of growth.  Its floriferous nature creates an unrivaled display each year.

‘Angel Emily was named for Kris Casey’s daughter, Emily.   Kris, a long time friend and  supporter of Bill’s hybridizing work has a number of Seidl plants named for her family members in dedication to their valued relationship.  The original plant bloomed for the first time in 1992 and by 2001 had attained a height of 6 feet and a width of nearly 12 feet, blooming with well over 100 well shaped and colored flowers. 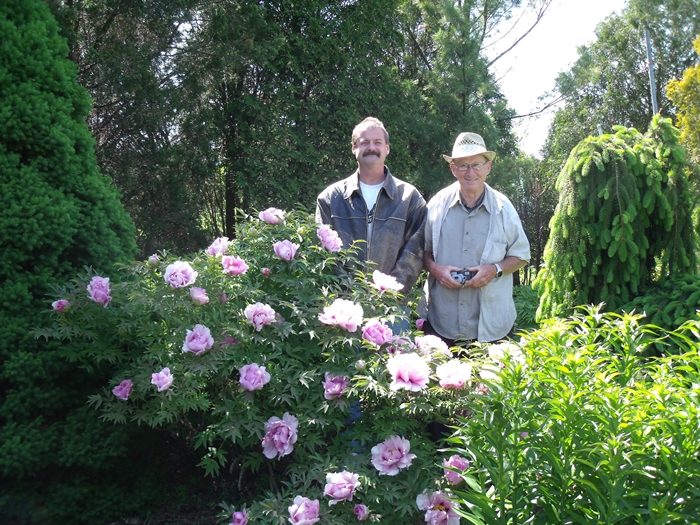 About the Image:  Bill Seidl, orignator/hybridizer at ightr;  Nate Bremer, introducer at left with ‘Angel Emily’ in foreground.