Spring in the north almost always brings the challenges of frost damaged peonies.  Often damage by light freezes is visible through wilting stems in the morning and plants bounce back later in the day.  Occasionally colder nights produce lasting damage exemplified by dead shoots, which do not recover.  Generally temperatures which fall below 25 F may cause lasting damage. Plants which have experienced killing frosts should have dead stems and foliage removed to protect them from secondary infections from fungal diseases.  More often than not, early shoot and stem loss is replaced with new growth from dormant eyes and buds.  While these new shoots may not be as strong, they often do produce flowers the same year on established plants.  Sometimes plants will not replace foliage in the year of the loss and will remain dormant for the growing season – so don’t dig up your peony and throw it away!  Keep frost damaged peonies on the dry side and don’t water unless drought conditions are being experienced.

Below are woody (tree) peonies which have experienced frost damage this year.  All plants will grow new foliage, but may not bloom from their secondary dormant buds. 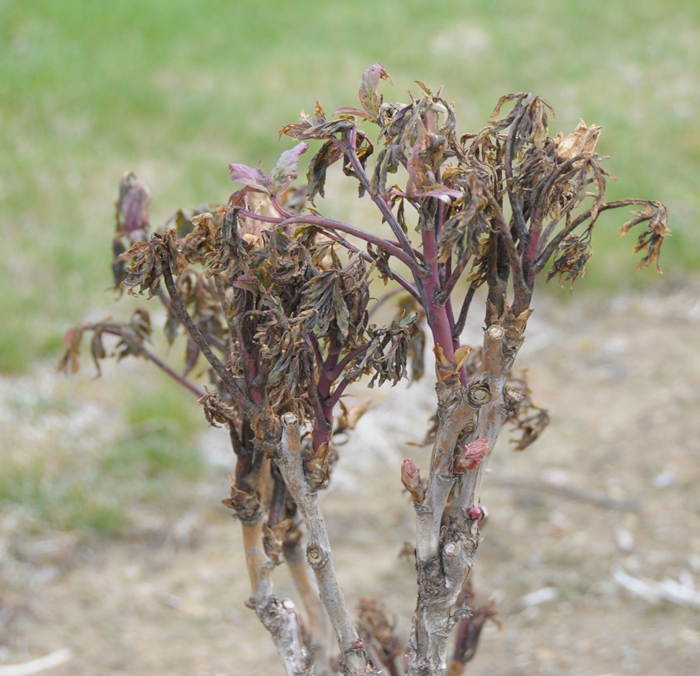 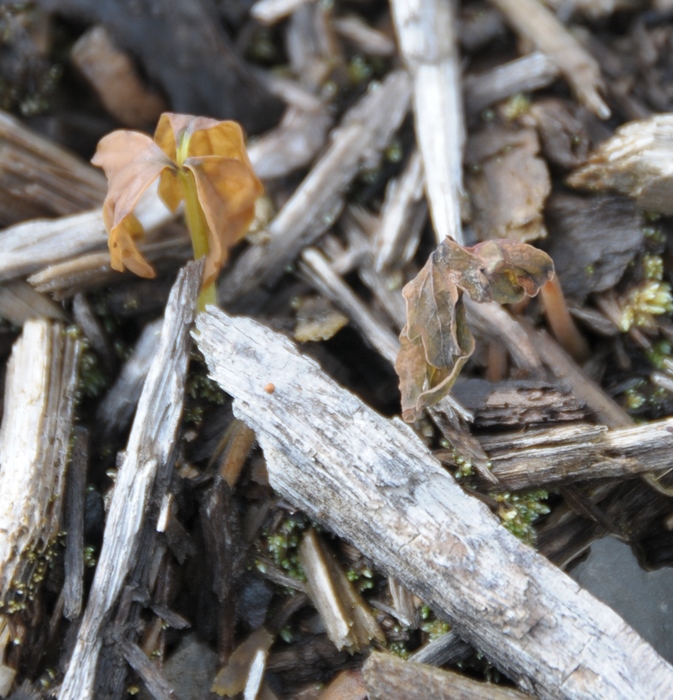