Get to Know This Wonderful New Group 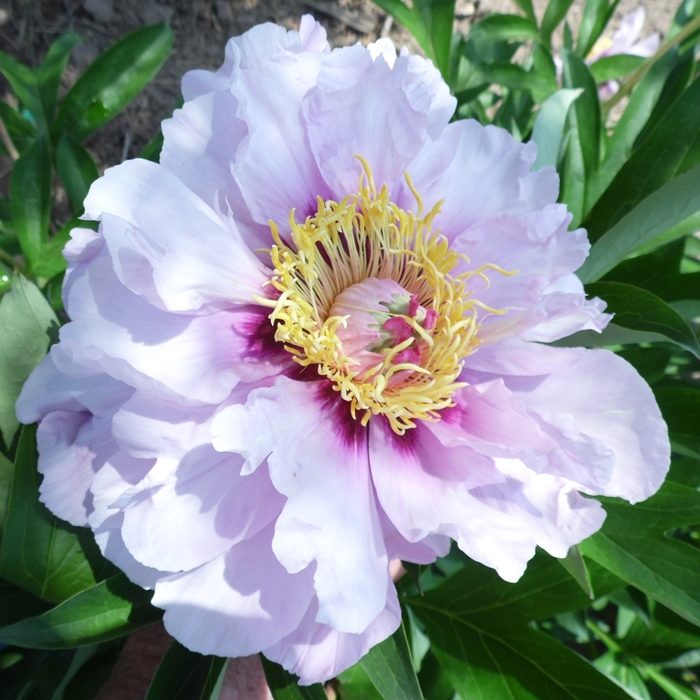 The Itoh Group cultivars (cultivated varieties, cvs.) make up the most recently hybridized peony type to reach the ornamentals market place in quantity.  These innovations are produced by crossing the Lutea Hybrid tree peonies (woody stemmed) with the long grown common herbaceous peonies, the Lactiflora cvs.  Historically, attempts to succeed with this cross were for long met by failure.  The first known success was for specialist peony grower, Toichi Itoh, in Japan, but afterwards widely repeated in the West.  Thus the choice of cultivar group name made official by the American Peony Society in its capacity as International Registration Authority for peonies.

Characteristically, the Itoh Hybrid seedlings which have been named and reached the market place are among the best adapted of any peonies for use in a viewed landscape.  They demand minimal care.  Both are attractive and easy to grow.  The flowers are unique, the form similar to those of the Lutea Hybrid parent but in a wider range of color expression.  The plants are as easy to grow as their common peony parent, while the foliage can be expected to remain attractive throughout the growing season.

As a group, plant habit holds up especially well against the weather.  The stems are only weakly hardy, but notably stiff, consistently giving season long support of bush shape.  Most of them when mature will equal or exceed thirty inches height when in flower.  Outer stems of the bush can be expected to spread more widely than is typical of either parent, but do not easily fall.  The whole of it gives a medium height bush that may spread wider than tall.

The range of flower form typically is more like those of the Lutea Hybrid parent than those of the Lactiflora parent.  Also the leaflets are much notched and pointed like those of the tree peonies.  The flower forms vary from the classic Singles to rather full Semidoubles, some of them giving near Full Doubles at well grown maturity.  Some give one flower to a stem, others will have up to two side buds, often opening in rotation, leading to an extended flower opening season ranging to three weeks (or longer where spring warm-up remains cool).  Flowers open during the same seasons as the Lactiflora parent, the plant and flower adding extra weeks to a tree peony theme flower show when the three types are grown together.